Paris, December 6, 2016 - After 24 years as Director of CGB, Alain Jeanroy will retire at the end of 2016. He started at CGB’s economic service from 1983 to 1989, then worked as Director of the AGPM (General Association of French Maize Producers) before reintegrating CGB in 1993 as Director. 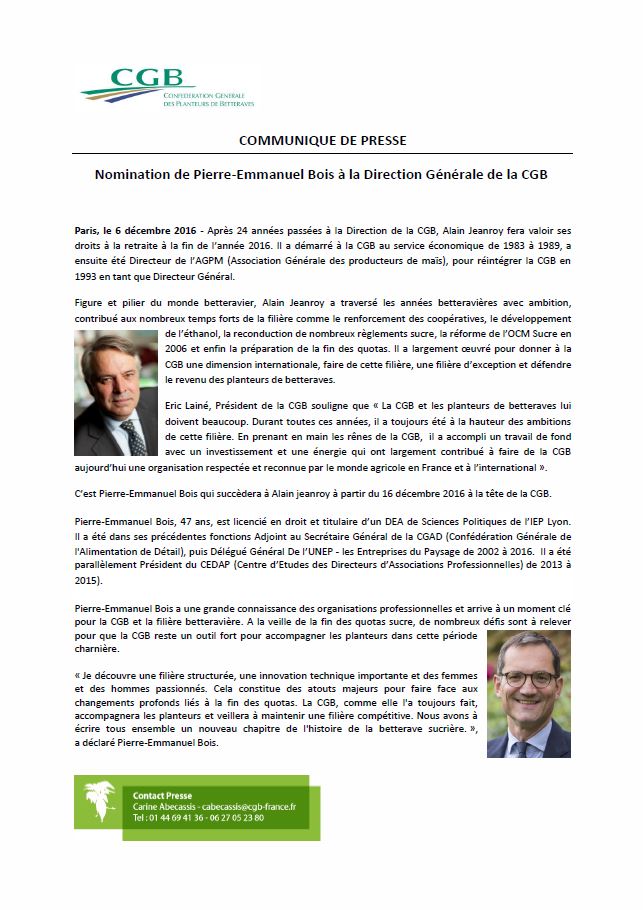